Hema Maps’ Tim Moorton shares his thoughts on the new MAXTRAX Indeflate, which allows you to deflate or inflate two tyres at once.

What if I told you that you could air down without removing the valve stem? And that you could do two tyres at once? But wait, that’s not all. Imagine if you could also reinflate those same two tyres again with the same device. I hear the cogs in your head turning, not possible you say, but what if it was?

It’s not often these days that I get excited about a new product before I get to play with it, but the new MAXTRAX Indeflate had me intrigued from the moment I heard about it.

MAXTRAX has partnered with a well-established but little-known South African company called Indeflate, signing on as their Australian distributor. The co-branded MAXTRAX Indeflate is a game changer pure and simple. 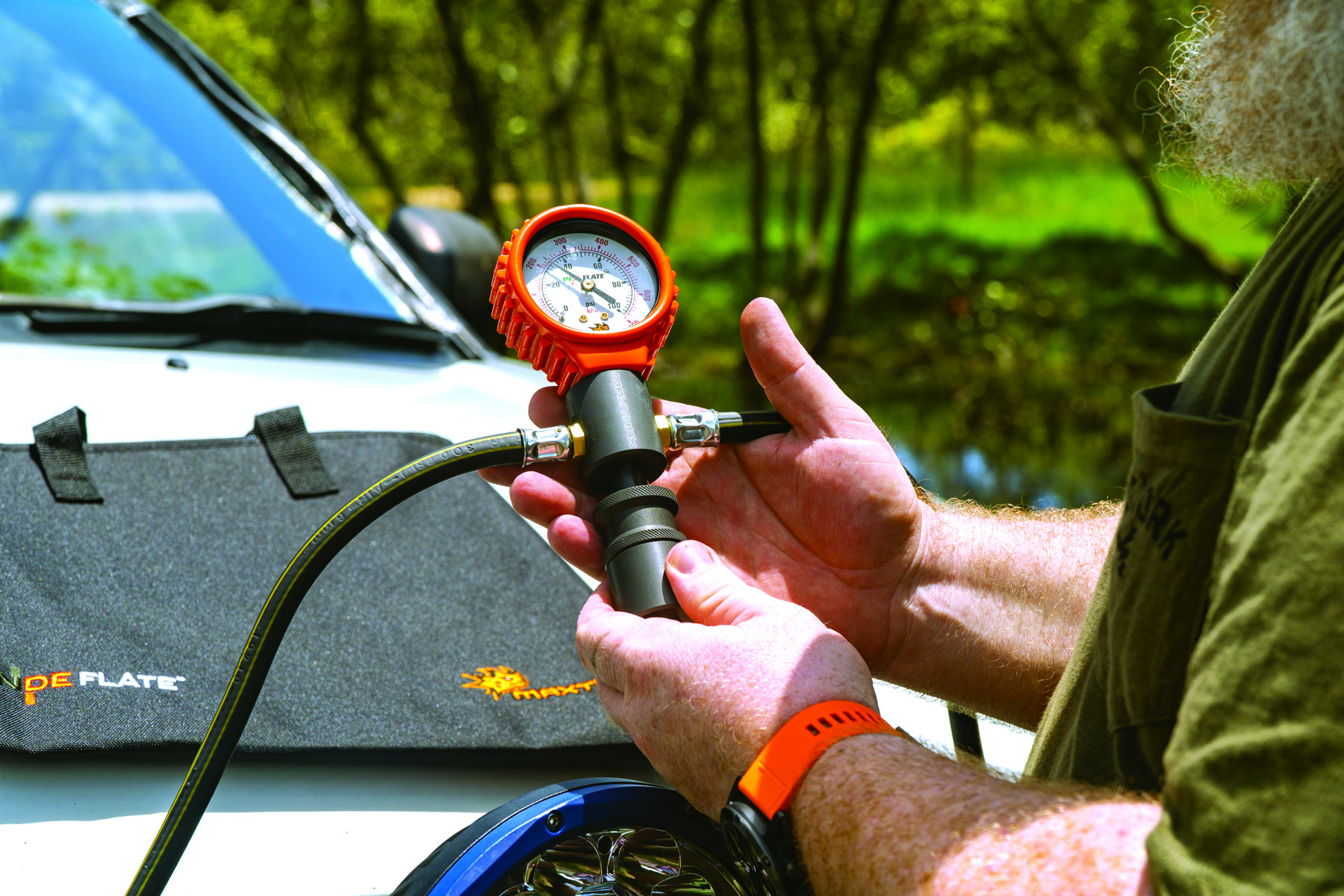 So, what exactly is it?

The Indeflate system is based on a simple solution to a common issue. It’s designed to decrease the time and effort needed to deflate and inflate tyres in an offroad situation.

The construction of the Indeflate doesn’t disappoint. The device is manufactured from precision engineered aluminium for the main housing and highly flexible abrasion and ozone resistant air hoses.

It also comes with its own zip-sealed strong and durable carry case.

Enough with the marketing I hear you say, does it actually work?

We had the privilege of getting a pre-production device to test on Hema’s recent mapping trip to Tasmania, and there’s no other way to say it, I want one!

The device consists of a central dump valve assembly with a pressure gauge and a pair of 3m hoses with clip-on chucks that attach to the tyres. Once the chucks are attached you simply slide the barrel of the dump valve up and both tyres start to deflate, and then you slide the barrel back down to stop deflation.

The process of inflating the tyres is even easier. Clip on the chucks, make sure the barrel is in the down position and attach an air hose to the threaded valve on the bottom of the device. Any compressor that has an attachment for a tyre valve stem will work — even service station compressors. You can of course attach a compressor-specific adaptor, but it isn’t required or necessary.

One of the best features of this device is the length of the air hoses. Even on a 79 Series Dual Cab with a chassis extension there is enough hose to not have to bend over while deflating and inflating. My back thanks you for that, MAXTRAX. We used the device in the field for over a month and it performed flawlessly, cutting out a lot of the enforced downtime that would have been lost in deflating and inflating, as we could leave the device and complete other tasks while the unit was in operation.

The Indeflate is the kind of device that, after you have used it, you will wonder how you ever got by without it. Everyone from the weekend warrior to the professional offroad user will see a benefit in this device and I have no doubt this will see the end of a lot of quick tyre deflators, especially given its price point.